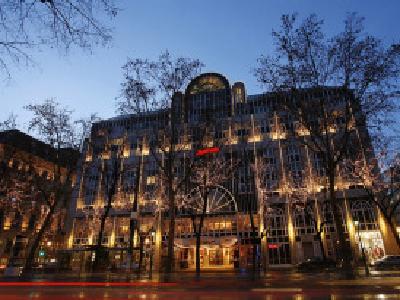 I’ve just arrived at my hotel in Vienna and after kicking off my shoes, and scouring the room for free stuff, I decided to see if there are any updates on the 2011 Europe FirstDoc User Conference.

Checking out the CSC page lead me to the FDUG Agenda. It looks like it’s going to be an interesting time with a mixture of Strategy announcements and product discussion by CSC, along with several presentations by several Pharma companies.

The Agenda can easily be viewed on the CSC web site, so I won’t be encroaching any secrecy oath that I may have taken when after hours of grueling initiation into the Regulatory world.

First thing that is noticeable is that the US FirstDoc User Group, recently held in Las Vegas, started half an hour later than the one in Europe. Maybe that says something, maybe not – just mentioning it…

Boehringer Ingelheim, and Bayer will both be presenting a Case study on Global Deployment. This looks interesting. They presented the same thing at the US FDUG, and I think it might be of real value, especially with the expansion of a lot of pharma companies into global operations.

After the lunch break, CSC will be discussing their upcoming versions, as well as discussing a “Total Regulatory Solution”. In the US this was presented by Jennifer Wemstrom, who is the Head of Product Stratergy at CSC. I’m not sure who will be presenting at the Europe conference. In any case – I’m am curious what CSC’s “total regulatory solution” will look like.

In Las Vegas, there was a panel discussion by several Pharma companies regarding “Collaboration and SPX Deployment”. From the Las Vegas agenda I see that Abbott, Amgen and Allergen all participated in this, but from what I have heard, it was a very popular subject, and a lot of other conference participants were also involved. The same “topic” will be addressed at the Vienna conference, and I will be involved with this session.

One thing that they had in Las Vegas, (and which I referred to in an earlier post) is a session on FirstDoc Performance Metrics. In the Vienna agenda the afternoon sessions are split into two streams, and one of these will be on “Performance”. I hope that this will be the same.

In the US, Amgen also presented a session on “Training Strategies”, which is not on the Europe schedule.

One thing that CSC presented in the US, and will be presenting in Vienna, is on “Total Clinical Solution”. Once again, I’m curious what this will be.

And another thing that CSC presented on in Las Vegas is their “Trusted Cloud Solution”. Which makes sense, I guess, because EMC are promoting their “cloudiness” at lot these days (from what I read on the tweets, and blogs that were written during, and after the recent EMC World/Momentum). The FirstDoc solution is designed to provide the “regulatory logical layer” to Documentum. CSC also have FirstPoint – the same thing, but for SharePoint. Microsoft are also busy putting SharePoint in the cloud (and have done so recently with Office365).

I know that the Pharma world is very “compliance sensitive”, and I’m really looking forward to seeing how CSC intend to address any security concerns, as well as compliance issue. Unfortunately, this does not seem to be mentioned in the Agenda for the Vienna conference. However, I’m going to do some research, and will write a future blog post on this.

I won’t be blogging “live” from the conference, and I haven’t seen any mention of a hashtag for the FDUG. However I hope to write some review posts, either at the end of each day, or after the conference has finished.

At the same time, I want to see some of the sights in Vienna. the FDUG conferences always have a great social event, and this also gives a great opportunity to see something of the surroundings.

The Search application is not available for (all t...
Momentum – another year – another set ...
EMC Momentum – Day 1
Killa Hertz & The Case of the Missing Documen...
Productivity, Gamification and SharePoint 2013 ...
CMIS is here … but where?
SPX Series – SharePoint eXperience – (...
Realizing True Records Management with Microsoft S...