What follows is one of my post that was recently published on AIIM’s site as an “Expert Blogger”. (The original can be read here)

There is a “feeling” in the world of the Information Professional at the moment that there is too much focus on the “T” in IT. That is, the IT department focuses too much on “technology”.  Usually at the expense of what the customer – in most cases the business users – really need.

Sure, the IT department is necessary to install and maintain the technical infrastructure that is necessary to allow a business to run, but then it must not forget that it is there to serve two masters – one is the executive layer who make the decisions regarding the purchasing of the necessary infrastructure (and pay the salary of those working in the IT department), and the other, which is the user of the technology. This is because it is the users of the technology that actually add value to the business.

The business users are the ones that carry out the activities that let the business achieve what it has to to exist. And anything that disrupts this process, or hinders it from being as efficient as it can be, is actually undesirable. This can include such things as the unnecessary installation of “new features”, to applications that don’t really fit with the activity that the business user carries out,

And this is why we have to start focusing less on the “T” (Technology) in IT. I’m not saying that the “T” is not important, but the “B” (“Business”) is also important. There needs to be more focus on the communication with the business. And not just “talking”, but actually more “listening”. And most importantly: “understanding”.

This leads to a more productive environment where the users feel that they are “involved” with the solution put into place, rather than feeling that the IT department has imposed the some cool, but not entirely useful, software solution on them. 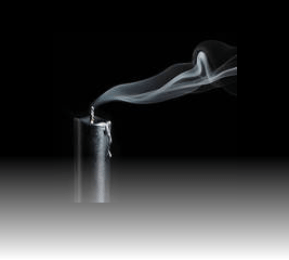 A friend of mine gave me a call the other day.

His name is Carl. I’ve known him for a long time so he lets me call him “Carl”.

Carl’s a young guy and has been quite passionate about the computer world. He has his own blog and used to write quite some eclectic material. Recently, however, he had been rather reticent with his ponderings.

As I hadn’t spoken to Carl for awhile, I arranged to meet him for a drink. It was quite at the bar. There was a group of guys who seemed to be discussing how to run a “search” project, but we tried to steer clear of that. We headed to a quite table and ordered a drink.

After the usual small-talk I asked him, directly, what was happening. Why hadn’t he written any blog posts recently.

“They’ve killed me”, he said. “Huh?! – what do you mean?” I replied almost choking on my beer. Carl went on “I’m dead…the passion’s gone”. I grilled Carl a bit more and gradually the story came out.

As I mentioned above Carl was really enthusiastic about the computer industry. He wrote some great blog posts, and would attend industry shows, and user group sessions when he could, just to see what the latest thing happening was and also to learn from others. In fact Carl had built up a great circle of what he called “Social 2.0 friends”. (I was a “social 1.5” friend according to him). And Carl was happy. He liked learning.

He wasn’t always like this. Once upon a time Carl was just a standard “computer guy”. He did his work well, but when he was at home he didn’t really do anything special. He watched TV, he went to the movies with some of his Social 1.0 friends, and that was pretty much it. Any  “further education” he got, any training, was always related to his job.

Then Carl had decided to improve himself. He started cautiously with his blog. (This is when I got to know him.) And he started reading more and more. Not only things that were related to his job, but articles and posts that discussed all facets of the computer industry. He even expanded this to include things that, on the surface, had nothing at all to do with computers.

I had been following Carl’s progress for awhile, and I could see that he was growing, and developing. Normally Carl was a reserved guy with not much self-esteem, but I could see a new confidence appearing. In our rare face-to-face opportunities, Carl had also mentioned the same. He was enthusiastic and didn’t want to stop.

But then, apparently, someone, where Carl worked, had taken exception to all this. Someone from high-up had come way down to talk with him. “Carl’, they had said (apparently) “You are wasting time. What has all this to do with your work. You’re clearly a ‘fuzzy thinking’. You write all this crap, but with no real value.” Carl had tried to protest, but he was too shocked. “We’ve read a lot of what you’ve written…90% of it is just cut-and-paste bullshit. You don’t write anything original.”

And this is when Carl “died”. “After hearing that,” he said to me quietly, “I just lost the passion.” “I thought I was doing so well, and was hoping that someone would recognise the potential I was showing.” “Instead, they just want me to plod through my job”

I bought Carl another beer and let him rave on a little bit more. I wanted to tell him that what he was had been doing was brilliant, and how he had really been making leaps and bounds in not only his knowledge but also in the sort of person he was. He had now “drive” and a voracious appetite for discovery. Carl was feeling so morose at this stage that it seemed that nothing I would say would make a difference.

We decided to call it a night. We sidled past the group of “search project” guys and headed out the door. I ordered Carl a taxi and got one myself.

Later that evening, back in my flat, I had a chance to think about Carl’s situation. It seemed a shame that his newly developed talents were not being recognised. In fact, it seemed the opposite. Even though Carl’s blog was a hobby, it seemed to have been used against him. I know, myself, that writing a blog often “exposes” you as a person. If you want to write something “real”, your ideas, your opinions, and your personality will get reflected in the blog posts. And it seemed that this had allowed Carl’s employer to make a judgement on who Carl was in the workplace. And this was a shame.

In an ideal world, what Carl was doing, the metamorphosis that he had achieved, would be recognised and utilised somehow. Instead, it seemed in Carl’s case, that someone had decided that this “new Carl” wasn’t fitting nicely into the hole that he was meant to be fitting into.

Carl’s flame has been doused. And that’s a real pity. I’m trying to give Carl real encouragement so that he won’t “lose himself”.

Carl – if you’re reading this, don’t be silenced. Be yourself.

In a TED talk, Dr Abraham Verghese says that:

“The most important innovation in medicine to come in the next 10 years: the power of the human hand.”

In this talk he describes how there is the ritual that is often the most important thing for the doctor-patient relationship. It is the “human contact” that makes the patient feel that there are being cared for.

One interesting example Verghese gives, is the “ritual” of the daily rounds (in a hospital). In earlier years, this involved a group of junior doctors crowding around a more senior one as they went from bed to bed to check on, and discuss, the patients. Nowadays, this is more likely to happen with all the doctors sitting around a large table, all with access to print-outs, computer screens, etc, etc., without the patient even being present.

This is true for a lot of situations where there is some professional relationship. It is the presence of the “expert” and the way they perform their “ritual” that gives the customer a sense of “being taken seriously”.

Verghese gives a great talk. I’m definitely going to have a watch of this again at some stage.

iDatix have recently posted an article on their web site titled “5 Reasons you are getting Shortchanged by SharePoint“. In it they raise some interesting points regarding some of the shortcomings of SharePoint. 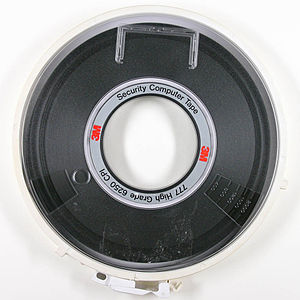 In 1975, NASA sent two Viking space probes to Mars. The data generated by these unrepeatable missions – produced at a total mission cost of approximately $1 billion – was recorded onto magnetic tape. Two decades later, the tapes were cracking and brittle, despite climate-controlled storage, and the formats were unreadable. To access the data, NASA had to track down old print outs and retype everything. NASA has subsequently become one of the world’s biggest supporters of digital continuity.

What follows is one of my post that was recently published on AIIM’s site as an “Expert Blogger”. (The original can be read here)

Why I Hate IT…

What am I talking about? I’m talking about the acronym “I.T.” IT stands for Information Technology. But I guess you already knew that.

And why do I hate it? I never used to, but as the years have passed, I’ve started having an aversion to the term.

I used to be one, you know. An IT’er. And was proud of the fact. I used to imagine the office girls swooning as I walked past with my box of disks, and, maybe a large manual on the intricacies of printers (or similar). That was in the early days.

But – OK – it was a job, and, most of the time, I was…begrudgingly…an ”Application Specialist”, but whenever I got a chance – I was “IT Guy”! I was in charge of the network! With a mere wave of my hand I could enable (or disable) functionality. I was the one who could implement new bizarre network policies (for the good of mankind, naturally), and it was I who held the power to apply patches, and fixes, whenever I deemed it necessary. (Bwahahaa)

Fast forward a couple of years, and I have a new position.  I’m now actually working “with” the business users. I have to “listen”, and then provide a suitable solution. If something needs changing I need to seek their permission, to “justify” it. I can’t just go making changes because I “think” that the changes are “cool”, or will “help” the users. They are the “actual” owners of the system. I am just a custodian.

I didn’t give this any thought, but then, one day, after I had been working with a different department, doing requirements gathering, and helping “them” solve their issues, I overheard someone say “Mark is our favourite IT person”. And I cringed.

You see – I no longer consider myself involved with the “Technology”. I now saw myself as a generalist that “understood” technology, but also understood the business users, as well as the business processes, and was able to “use” technology in a way that was relevant.

And, while I was working through the preparatory material for the CIP examination, it dawned on me – there was nothing on the “technology”. There was only material on how to use the technology.

So, after a long-winded explanation, I hope you understand, now, why I hate IT.