I recently attended three conferences here in the Netherlands. In the previous post I described the Dream conference. 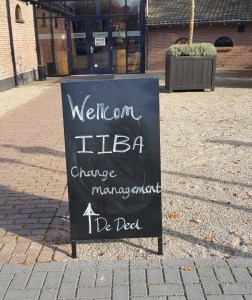 First things first – a “lustrum” is a period of 5 years or the celebration of the end of a period of five years.

In this case, it was the fifth annual general conference of the IIBA chapter in the Netherlands. The theme was ‘Managing Change of Change Management’.
It was something that I was looking forward to.

Why was I looking forward to it?

This is simple to answer, and applies to all the conferences I go to:

A chance to learn

There were some interesting sessions in the line-up.

First off, Mike Green‘s “Change Management: how to influence without authority“. Due to fog, Mike’s flight had been cancelled so he was doing the presentation using Skype. Talk about managing change!

One interesting observation, was that in the beginning Mike was sitting facing the webcam. And the presentation was…OK. A bit later, he stood up, and then the presentation became quite animated, and engaging.

Next up was Dr Erwin Metselaar, who’s presentation was titled “Managing Change: an evidence based model“. Erwin talked about the measuri 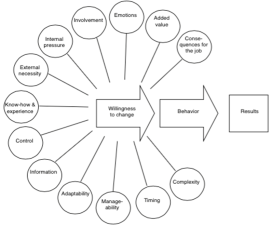 ng resistance to change through use of a survey-based technique. This is referred to as the DINIMO model.

Then there were two parallel sessions. I’m never a fan of parallel sessions…only because it means that whichever session I choose, I will miss out on the other session(s). The one I went to, was titled “Agile: Business & IT as one!” It’s something that I’ve always maintained – that the “business” and IT are not separate entities!

Also of interest:   Is this a sign that the PMI's BA certification is of more value?

Then Dr Jan Hoogervorst, an organisational theorist from the University of Antwerp gave an amusing talk on the subject “Managing change or change management?”. It had everyone laughing, and was a good close for the conference.

A chance to meet people

I got to meet people that I had spoken with at the Dream conference (see earlier post), and some people who I hadn’t spoken with, but who had been at my presentation. (Always nice to hear what they thought of it),

As well, during the dinner, I was able to keep on learning. The two gentlemen that I was sitting near educated me on the intricacies of working as a freelancer in the Netherlands. Really valuable to be able to get some first-hand advice!

Further to that, I was able to get to know, in person, the committee members, who, until then, I had only interacted with online.

It’s this “making connections” that I really enjoy. 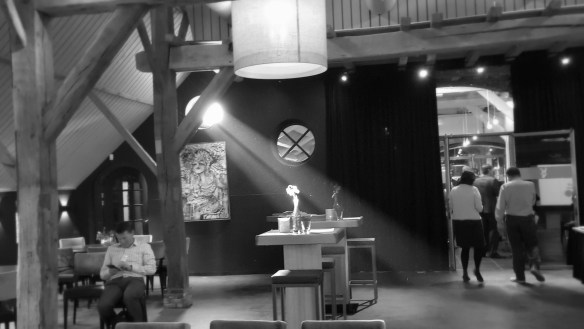